TWO MOON JOURNEY is historical fiction, set in 1838. It’s the story of a Simu-quah, an 11 year-old Native American girl who is forced to leave the only home she has ever known.

It is the story of her people, the Potawatomi, forced to leave their Twin Lakes homeland in Indiana and marched across four states to Sugar Creek, Kansas.

Of all the books I have written, this is the one I love the most. It has become my story in the telling of it, a story of injustice, but also of forgiveness and reconciliation. In one crucial moment of this book, Simu-quah has to make a choice between hatred and forgiveness, between life and death. If she so chooses, the cruel solder who imprisoned her father, and who wounded others on the journey, will die, and no one will ever know that she, Simu-quah, allowed that to happen.
I’m glad she makes the choice she does, but it comes at a cost.

In 2013, my daughter Linda and I accepted the Potawatomi Family of the Year award at the Trail of Courage Living History Festival in Rochester, Indiana. We accepted it in the name of my son, David, who is an artist, and who designed the logo for the historic highway signs posted along the commemorative Trail of Death route, marking the journey of the Potawatomi forced removal. There are 150 signs across the states of Indiana, Illinois, Missouri and Kansas.

Peggy's Journey on The Trail of death

Peggy embarks on a journey with her oldest daughter, Linda, and experiences the landscape of the Potowatomi trail of Death. 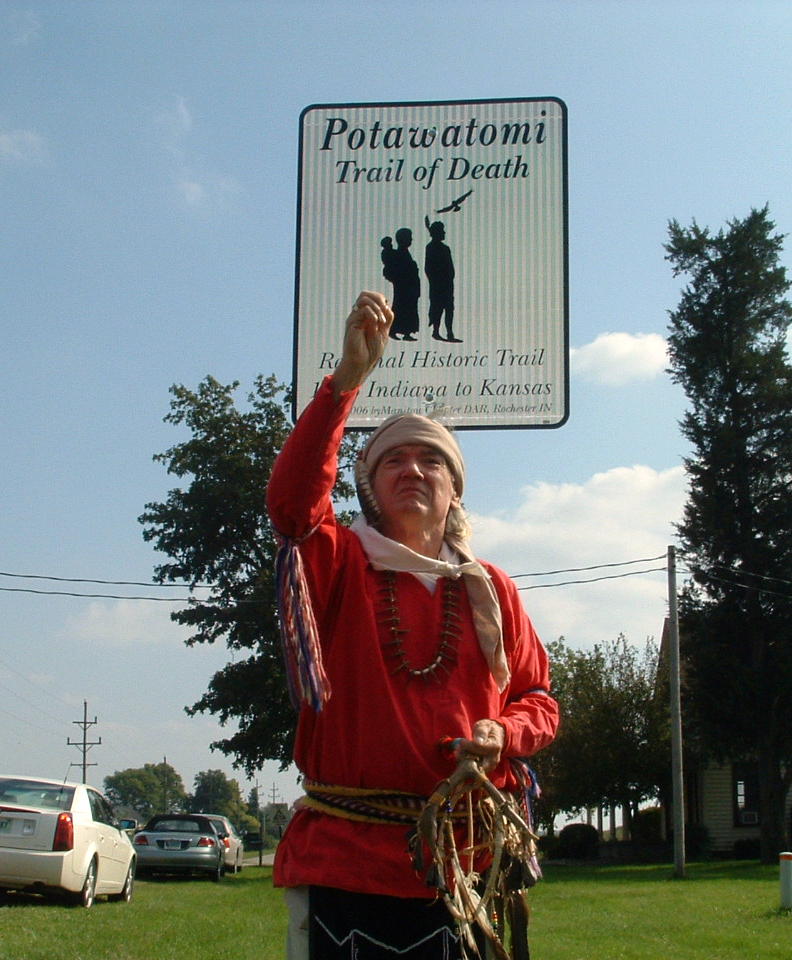 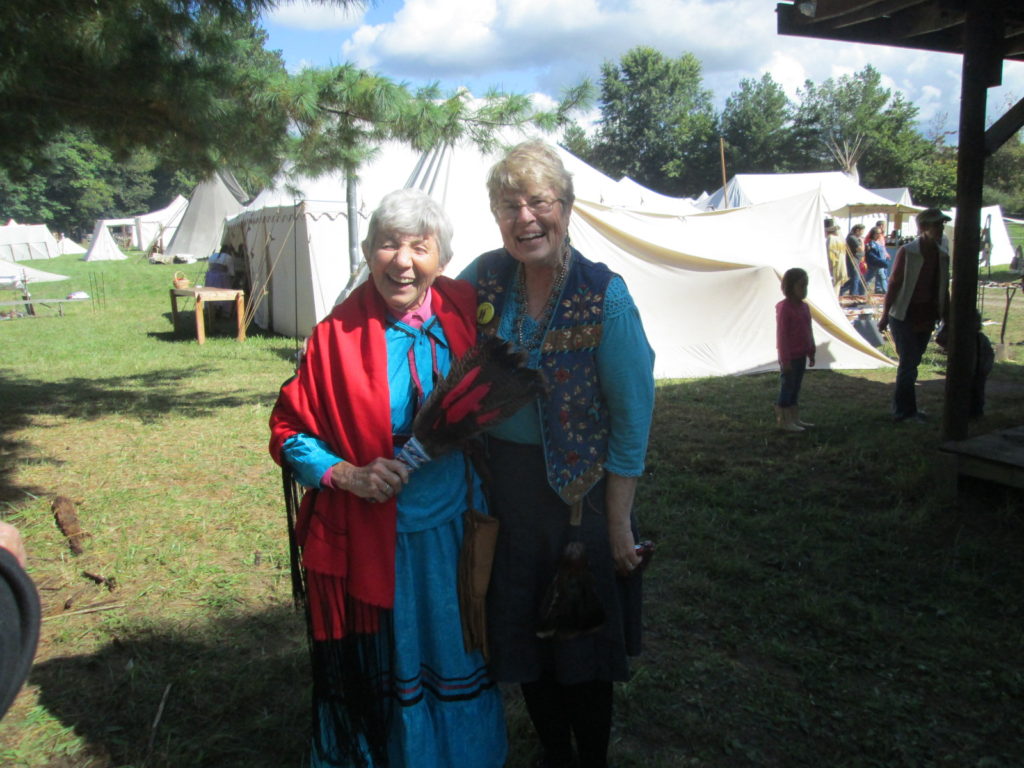 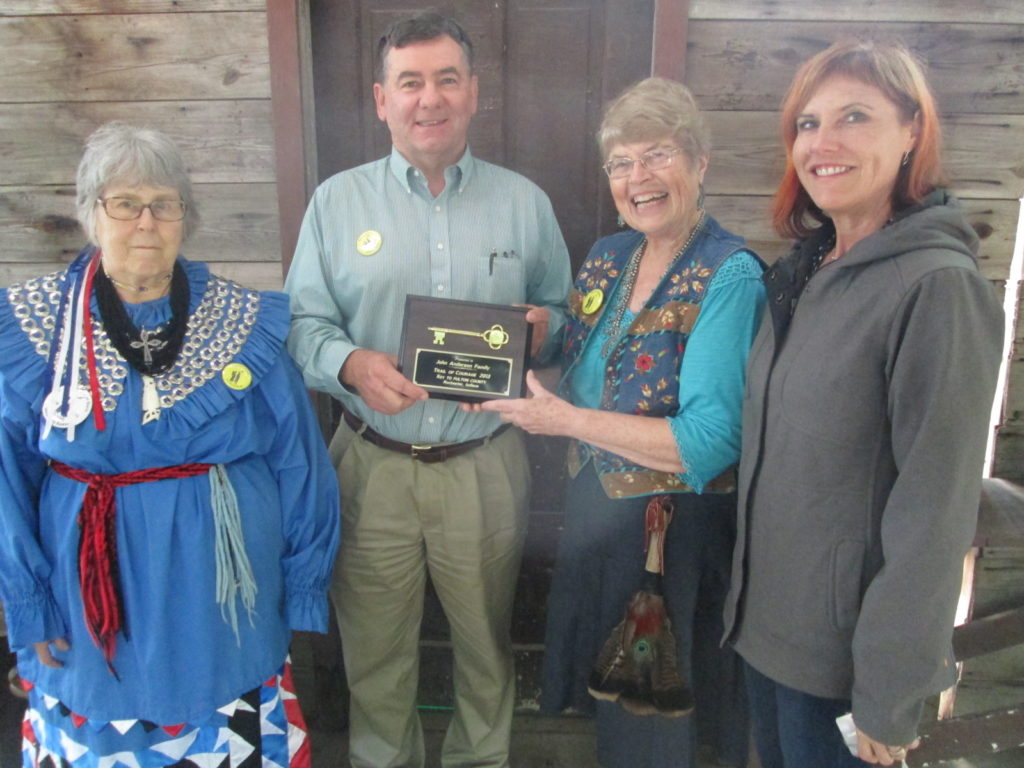 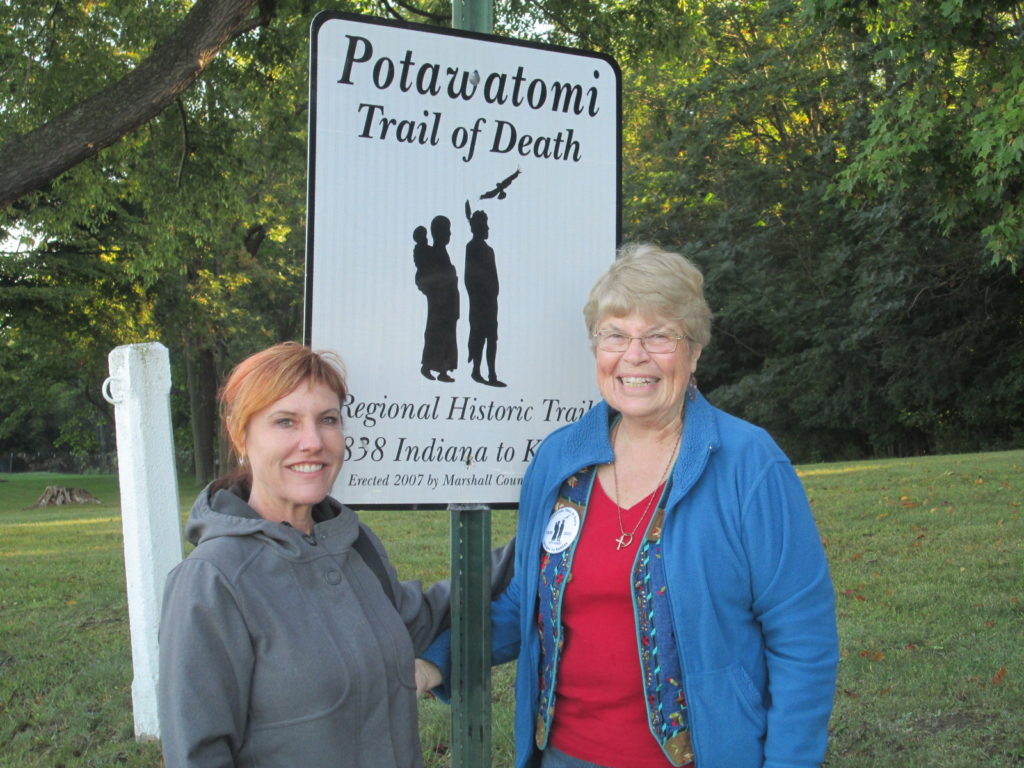 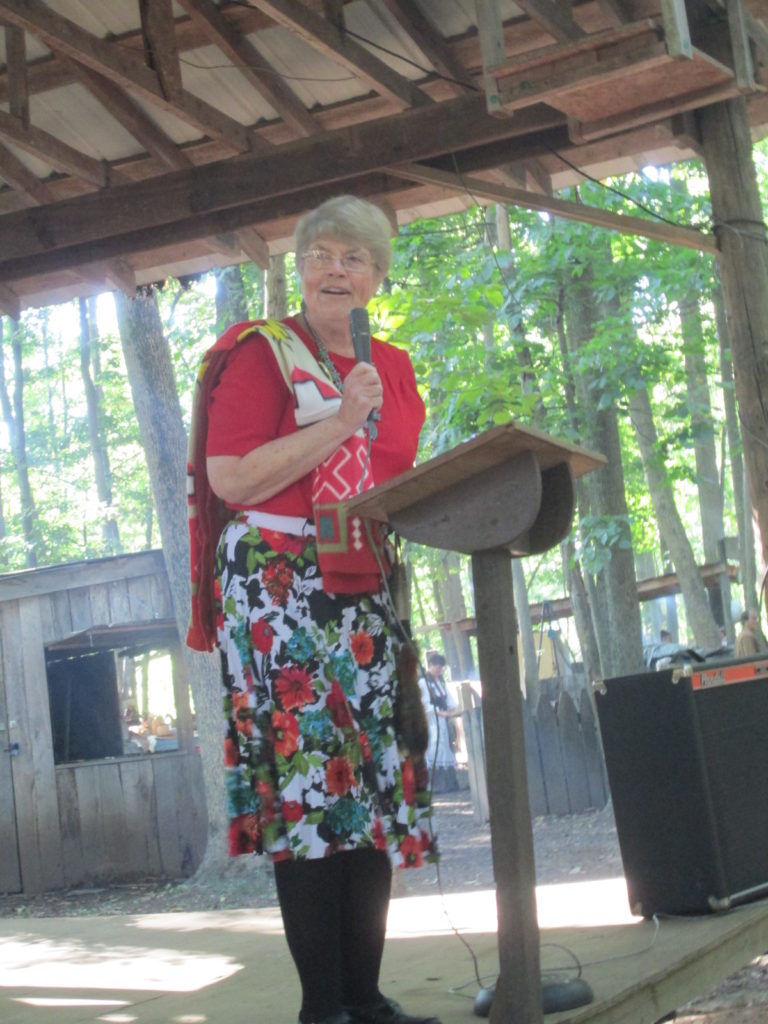